skip to main | skip to sidebar

All Lovers Are Fools 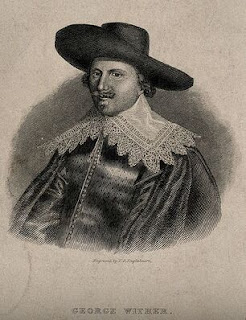 My friend Doc taught me this poem:

Shall I wasting in despair

Die because a woman's fair?

Or make pale my cheeks with care

'Cause another's rosy are?

Be she fairer than the day,

Or the flow'ry meads in May—

What care I how fair she be?

We were in his ‘55 Ford, late on Saturday night, parked across from the home of some girl he liked. He wanted to discover who she was dating.

This was during my senior year in high school. I was taking Comparative Literature, and Battleaxe Biggs had us arrange our chairs in a circle. Directly opposite from my seat was Linda Talbott.

I barely knew her. But when a classmate had asked me, out of the blue, who do you think is the most beautiful girl in school, I had replied without hesitation, Linda Talbott. She was a folksinger with a voice that was clear and strong, and a delicate touch on the strings. From way down the hall you’d recognize her, with her cheap nylon string guitar slung over her shoulder.

To express my feelings, I mailed Linda that verse, anonymously, day by day, one line at a time. But she gave no indication of acknowledgement. Not to me, at any rate.

In our studies of 17th poetry, the Fates assigned me George Wither’s wistful verses to present to the class. Seats were rearranged to face the dais, which I mounted with two classmates with similar assignments. For some inexplicable reason, I held a blank sheet paper while I recited his lines, speaking as though there were no one else in the room but Linda Talbott. But again, she betrayed no acknowledgement. She just stared at her lap, twiddling a pencil. (And not a soul in the class even cracked a smile, when I said that this poem should not be mistaken for Shall I Wither In Despair, by George Wasting.)

Don’t ask me how the ice finally broke. It wasn’t that winter, with a storm predicted the next day, and I slipped Linda a note asking her--if classes were not cancelled the next day--to stay home and meet me at the corner near her home. The snow was light, and school remained open. I cut class, and waited for her, shivering, my shoes soaked through, but she had either misunderstood the message or ignored it--and gone off to school.

Not long after, she disappeared from classes. I learned that she had gone to live with relatives in the next county, and was finishing up at the local high school. Did I write her? Did I call her? The answer is lost to time. But she invited me to take her to her prom.

Ed Talbott, Linda’s father, was a troubled man. He had been a promising young pianist, but war intervened. Ed was among the Marines that waded across the reef at Tarawa, as the entrenched defenders wiped out half of his comrades with concentrated machine gun fire. After the war acquired a job with the phone company, a wife, and three kids. His experiences cast a long deep shadow over his family. Even so, his talent remained--I recall him sitting down at a piano, banging out a rolicking rendition of Chopin’s Polonaise, ice cold, from memory.

The evening of the prom, Ed gave me a demonstration of the clutch and shifter of his Beetle. Then he handed me the key. Linda wore a long white, backless gown, and had her hair pulled straight back. She appeared to float across the room.  Every now and then I will pass a teenage girl or young woman wearing the same perfume, and I am transported back 55 years. We danced a few dances, and left to find a shadowy space to park, somewhere along a country lane. I traced the letters I-L-O-V-E-Y-O-U on her bare back with my finger. She understood by the time I reached the V. By the U, she was mine.

After graduation, Linda returned to her parent’s home. By October, she was pregnant. Ed Talbott told us in words so subtle that I cannot begin to recall them, that this problem could go away. Mortified, I refused the offer. My father threw me out of the house. Linda and I exchanged dime store rings and moved into a studio apartment for married students. I think the rent was 35 bucks a month.

Linda miscarried, but not long after, Amy was born. Linda and I became subsumed by the social destabilization of flower power and distrust of 30 year-olds. After three years of marriage, Linda had moved in with David, a Vietnam vet, and I began wandering from coast to coast, and from woman to woman. Without fail, I would forsake the good ones, and commit to the ones who were as troubled as I was.

Linda did her own wandering, and plenty of it. It was even more varied and less successful than my own. Late in life, David, broken down in body, and Linda, nearly broken in spirit, reconnected. David died first. At long last, I began a healing relationship. Tonight, I will trace those same 8 letters on her naked back.

Great or good, or kind or fair,
I will ne'er the more despair:
If she love me, this believe,
I will die ere she shall grieve;
If she slight me when I woo,
I can scorn and let her go;
For if she be not for me,
What care I for whom she be?